In case you hadn't heard, we are taking our new show, Guinea Pigs on Trial to the Edinburgh Fringe. We are on at Summerhall (oooooooo) in the incredible Anatomy Lecture Theatre!

Even more excitingly, we are sharing this space with the wonderful Ellie Stamp, who will be performing her brilliant new show, Are You Lonesome Tonight on the days we aren't doing ours.

Here is a link to Ellie's tickets:
http://festival14.summerhall.co.uk/?s=are+you+lonesome+tonight&submit=Search

Won't be in Edinburgh? (Or want to see it before everyone else?)

We will both be holding previews at Theatre Delicatessen 9th and 10th July at 7:30pm.


Click up there to buy tickets
Posted by Sh!tTheatre at Thursday, June 26, 2014 No comments:

LET'S HAVE A PARTY!

We are holding a massive fundraiser party at Theatre Delicatessen on 11th July 2014 7:30pm-midnight and want to see all of your beautiful selves there.

If that's not enough to make you want to party your pants off, we will also be offering you the chance to buy/bid for original artworks from performance legends, Julia Bardsley, Bobby Baker, Lois Weaver and Peggy Shaw!

If  THAT'S not enough, here is a bit of  info about one of our amazing performances, you lucky minxes! 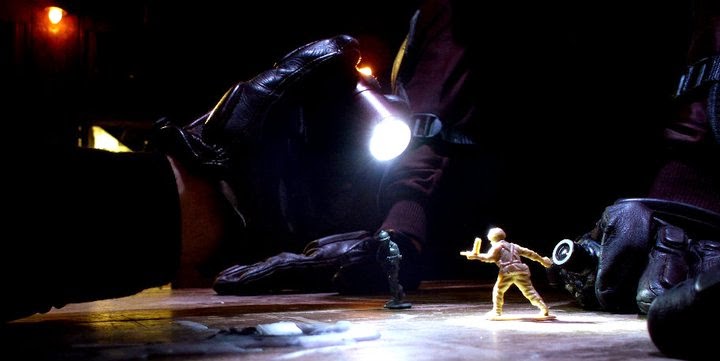 A new piece by Andy Field and Christopher Brett Bailey.

Previously conceived as part of a residency with Blast Theory, created by Forest Fringe's Andy Field and performance artist/musician Christopher Brett Bailey (This is How We Die & Made in China's Gym Party), First and Second Wilderness is about war games and war films. It is about myths and cliches. It's about how we produce our own experience on things happening very far away.In this immersive piece, teams of participants will have the opportunity to make a produce a war of epic Hollywood proportions.

More details to come, but for now....

Buy a ticket, turn up and have fun!