SHIT A LONG A MUPPETS

Fuck October! And fuck November! It's December and that only means one thing. The thing everyone thinks of when they hear 'December'. The thing that transcends religion and class, that everyone can recognise, celebrate and pay to participate in: 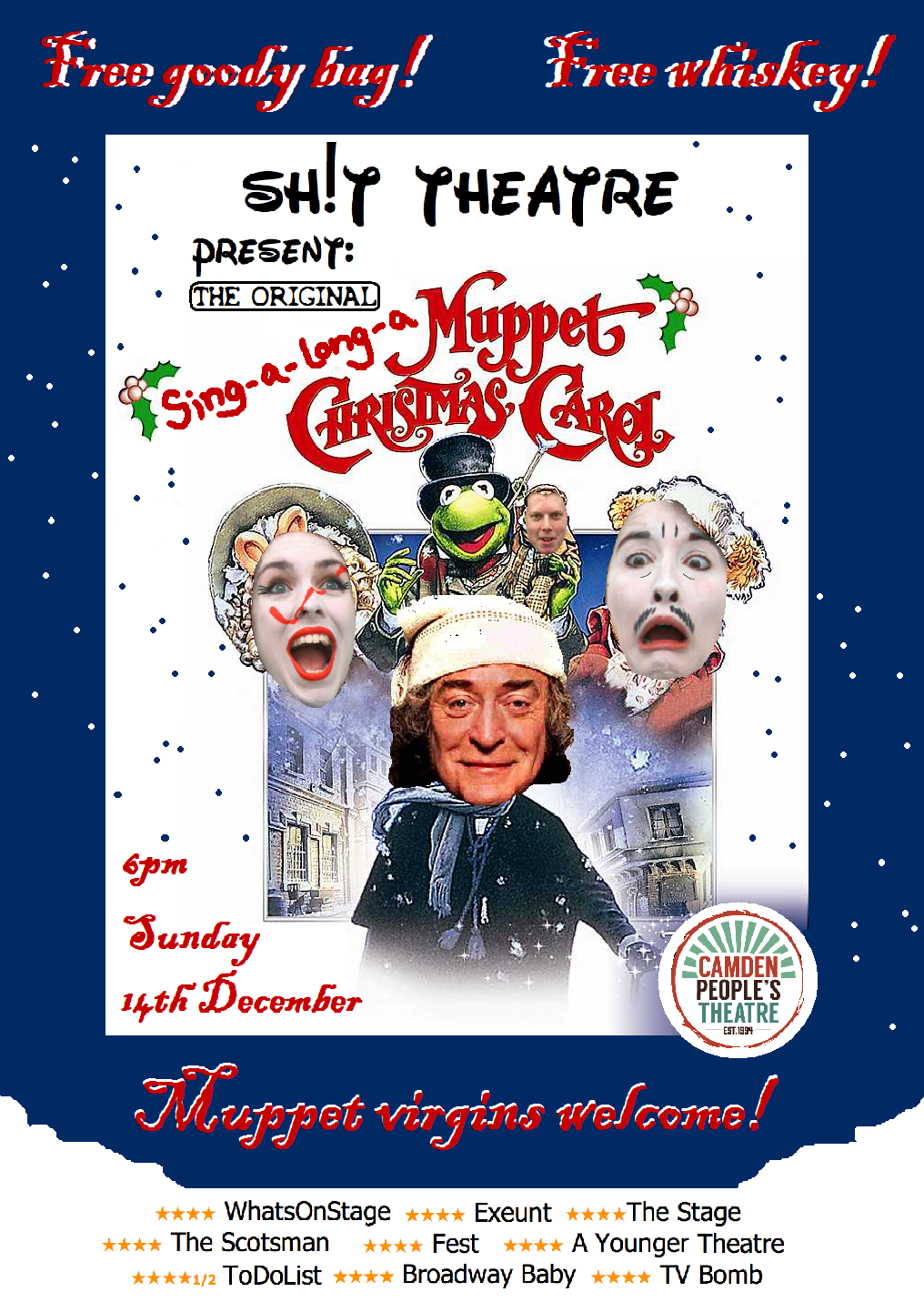 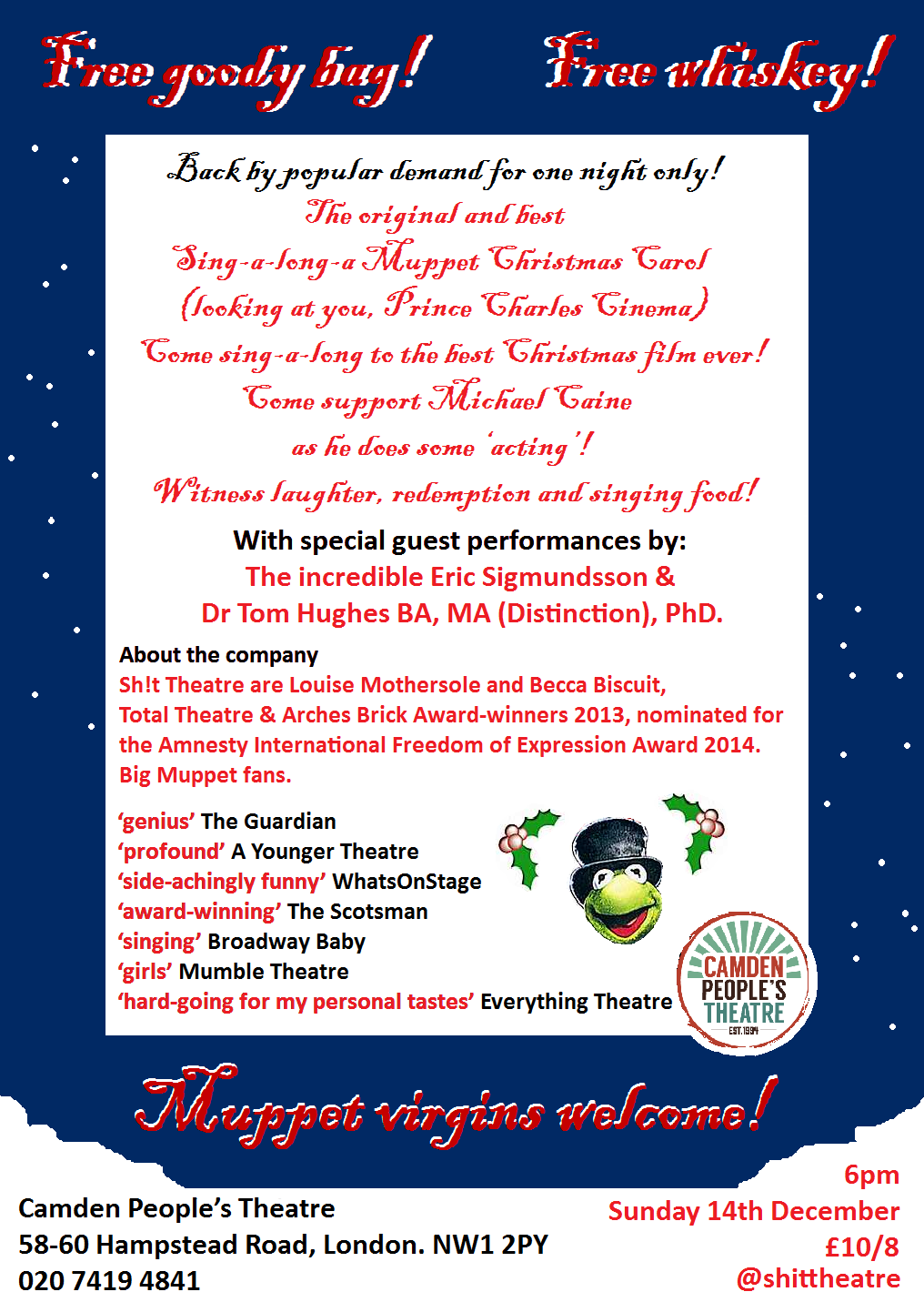 Posted by Sh!tTheatre at Thursday, December 04, 2014 No comments:


Guinea Pigs
thanks to the wonderful people of Essex who filled out one of our very favourite venues in the country for our first show of Guinea Pigs on Trial since the Fringe. And more thanks again to the literally tens of people who came out on rainy Friday & Saturday nights in November to see us open the SACRED Festival at Chelsea Theatre. We've been going to SACRED since we were 19 and it was a proper honour.


Gays and Women
We also lived it up big time in November at Bird La Bird/Niranjan Kamatkar's cabaret night for Gaywise Festival and at LiveWire for the Underwire Festival at the Yard. Everyone who was on those nights was bloody brilliant so please go see Mzz Kimberley, Sophie Henderson, Lou Sanders, Katia Kvinge, HOOT! Theatre and Natasha Demetriou if they are ever near you.

If you missed Guinea Pigs in Colchester & at the Chelsea, fear not, there will be a tour at some point next year and we are also putting together our audio documentary version. For now, here's our interview with the charmers from Radio Summerhall that we forgot to post during the Fringe: