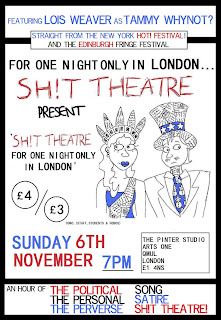 There it is, a poster which actually almost says what we do. We're really not very good at this sort of thing. Remember our 2011 Edinburgh show? The one with the hilarious name? 'Following the outstanding success of 'Sh!t Theatre present: SH!T THEATRE', Sh!t Theatre present: Following the outstanding success of 'Sh!t Theatre present: SH!T THEATRE, Sh!t Theatre present: More Sh!t!'
LOLOLOLO ROLF!!  LOL! Well the name took up so much space on the flyers that we forgot to include any information on what the show contained, which, in a city of 2500 shows a day, and considering we weren't in the programme, was probably not a great idea. Also, we had to confine our reviews to a size 8 font in the bottom right. We gave a fellow free-fringer called Rob one of these flyers on the street, and the following exchange took place:
Rob (bearded) - Is that a Scotsman review?
Booise - Yes
Rob- You got a Scotsman review?
Booise - Yes
Rob - I can't believe the Scotsman came to see you.
Booise - Yep, last year
Rob (reads aloud) - 'Beautifully harmonised and, even better, mercilessly witty'. That's a really good review.
Booise - Yes
Rob - Why is it hidden at the bottom there in tiny little writing?
Booise - Um
Rob - I'd have put it at the top
Booise - Ah
Rob - In massive font
Booise - Well we didn't want to sell out.
Anyway, 'Sh!t Theatre present: Sh!t Theatre For One Night Only In London' featuring LOIS WEAVER as TAMMY WHYNOT? will be an best-bits show of our NYC & Edinburgh full-length spectaculars! Only £4 or £3 if you're broke, and it's at the Pinter Studio at QMUL in Mile End, so nice and easy to find. 7pm on Sunday 6th November, 1 hour 15ish  =  plenty of time for drinking afterwards. Looking forward to seeing you all there! 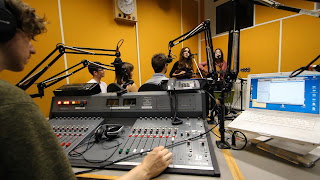 Press Play Films Ltd 18/10/11
Here's a photo (courtesy of Press Play Films Ltd.) of us recording our Resonance 104.4 Fm show, Sh!t Theatre's Television pitch for the Radio, or, Sh!t Theatre's Radio pitch for the Television!
The recording itself was a lot of fun, and we were very grateful to our excellent audience for waiting around in the cold for a while and then laughing lots, and to Sean who you can see there in the picture behind the sound desk, looking not very amused. We did spend half an hour saying the words SHIT THEATRE over and over again, and we did go on a bit about how nobody listens to Resonance and just generally based the show's concept on how defunct the medium of radio is, so fair enough if he didn't find it that funny. Lord knows if we'll even be able to broadcast it. Stay tuned (geddit!!??) for more info!

Helen had to make some adjustments to Press Play's little teaser, here's the updated version!
Posted by Sh!tTheatre at Friday, October 14, 2011 No comments:

First ever full-length Sh!t Theatre show in London, one night only, and  featuring the legendary Lois Weaver as Tammy Whynot? , confirmed for SUNDAY 6TH NOVEMBER @ 7PM, at the Pinter Studio at QMUL , London E1. Tickets will be first come first served, on the door, £4 and £3 concessions for students, staff and general hobos, which pretty much covers everyone we know.
Posted by Sh!tTheatre at Thursday, October 13, 2011 No comments:

Here's a little teaser vid for 'This IS Sh!t Theatre', which Helen put together after Monday night. Enjoy Deb's face as our microphone stand! I think she is actually wincing. And, no, I don't know how to make the little video box thing small enough to fit in the little blog box thing, but it's charming, isn't it? Like rustic blogging. We're the farmer's market of blogspot. Charming!!!

We're in the recording studio this weekend - Duckie gave us the go-ahead on a Sh!t Theatre backing track for the Xmas promo films we wrote for their Barbican show (http://www.barbican.org.uk/theatre/event-detail.asp?ID=12502), so we're busy with that and getting ready for our Resonance FM show on Tuesday. Don't forget, audience numbers are v limited so let us know if you are practising your radio laughs, try phoning Louise and laughing down the phone, she'll love that, especially late at night or very early in the morning.

He does! Despite our 'David Nutt's a Nazi!' line, lovely ex-expert Professor David Nutt seemed to thoroughly enjoy Sh!t Theatre on Drugs last night, and even agreed to a little interview for what was the first night of filming for Press Play's 'This IS Sh!t Theatre'. The rest of the evening had great performances from Chris Coltrane and the Commie Faggots, and many excellent speakers on the issues of drug consumption and production. Conclusion: everyone loves drugs! Bunch of damn hippies.

We'll get back to finishing off *start writing* our radio show for Resonance FM next Tuesday, for now, here's a nice review of our Edinburgh show from theatre blog The Cheap Seats http://thecheap-seats.blogspot.com/

Sh!t Theatre: Anything but
In the basement of a random pub, hardly even listed we struck gold with the comedy duo Sh!t Theatre and their show "Sh!t Theatre present: More Sh!t". A female comedy duo with backgrounds in performance art, improv and music, their politically provocative sketches and songs had our varied audience all in stitches.
Accompanied by a guitar and ukelele, the premise of their show is that they wrote themselves a 5 star review and worked backwards from it with a checklist, ticking as they went. This was punctuated with "commercial breaks" where they managed to mock everything from vegetarianism, with their rendition of Lady Gaga's "Bad Romance" entitiled "Meat-free Dress", to Loreal. The "Sh!t" aesthetic to which they continually referred was achieved through their costumes being constructed from newspaper which inevitably also reinforced their focus on current affairs.
This subtlety was characteristic of the whole show. The Lord's Prayer to Rupert Murdoch (which can now be seen on their facebook page) reeks of irony, something many comics have not been able to achieve surrounding the phone hacking scandals, preferring instead to take a more aggressive approach.
They struck a great balance between continuity and variety, the through threads of the commercial breaks and checklist allowing them explore a number of different issues and tangents jumping between them without losing their audience challenging and commenting on everything from Burkahs to the Catholic stance on contraception.
The pair push boundaries without relying on vulgarity or shock tactics unlike so many of the shows we see today. Frankly speaking, Sh!t Theatre shat all over their competition and were my comedic highlight of the Fringe.

Sh!t Theatre are on Drugs

Just a quick post to say we'll be back at the latest Mutiny event 'Drugs on Trial' this Monday 10th at the Resistance Gallery, Bethnal Green with a Sh!t Theatre exclusive! http://london.indymedia.org/events/10255. Looks set to be a really interesting night, with some great speakers including David 'The Nutty Professor' Nutt of getting-fired-for-being-right fame, and music from Sh!t Theatre faves, the Commie Faggots.


We had a great meeting with Helen last week about 'This IS Sh!t Theatre'; the film is really starting to take shape and hopefully interviews start next week. She and David sent off their...bits..to the..company..elves?..and now Press Play Films Ltd are an official 'Official' (official)company! Congratulations! Check out their Facebook page: https://www.facebook.com/pages/Press-Play-Films-Ltd/157206111035491 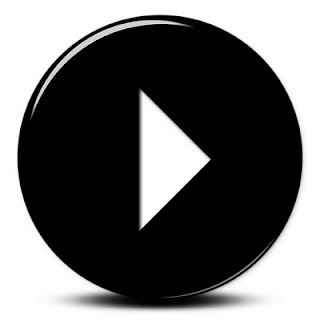