Here, as promised, some exclusive sweet snapz of some hot babez on Soho Square a few weeks back. 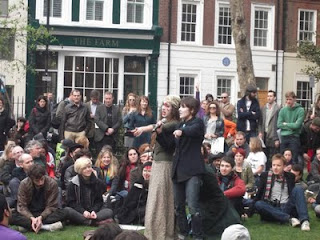 Sh!t Theatre perform for UK Uncut's 'Stand Up for the Alternative: Comedy Bail-in' on Soho Square alongside superduper stars such as Josie Long and Mark Thomas.
The Bail-in was intended to be staged in an occupied bank on Oxford Street, but was moved to Soho Square after the first attempt to enter a bank found it to be shut. Which was declared as a victory in itself, as the huge protest had forced Lloyds, HSBC etc. to close. Or because UK Uncut forgot banks don't open on Saturday afternoons. We say: VICTORY!
The comedy bail-in set up in Soho Square instead, and despite the low-flying helicopters threatening to - heaven forbid - drown out our finely tuned harmonies/cutting satire, the gig was really fun, and we then joined the other fags and hippies and damn commies to protest against Uncle Dave and to dance in the streets of London. Which, really, is what the streets of London should be for. 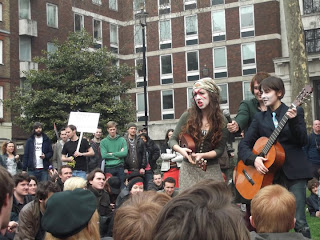 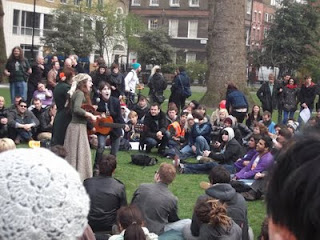 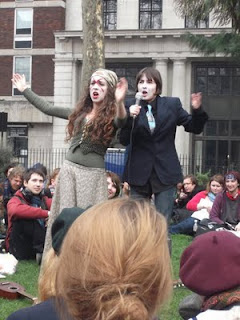 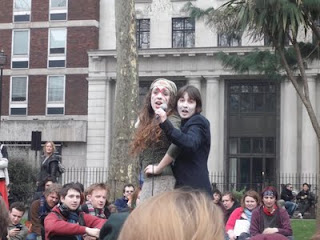 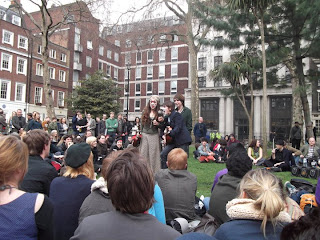 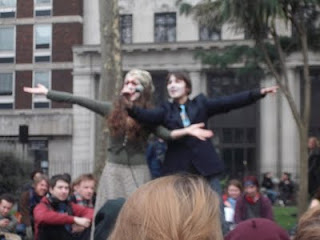 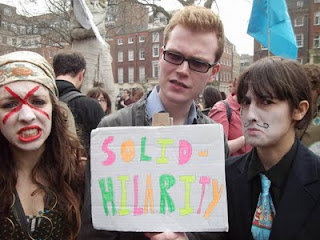 Solid-Hilarity! Gediitt!!!!! LOL!!! Talking of LOL, that's Sh!t Theatre with Tom from Laugh Out London, and FreeEdPodcast!
Posted by Sh!tTheatre at Tuesday, April 26, 2011